You’ve just finished printing this season’s catalogues when your client calls, frantic. “There’s been a supply screw-up! We’re about to send out our catalogue design with a hero product on the front cover that we can’t deliver.”

True story. After much head-scratching, we decided to slap a sticker on the cover: sold out. Not only did this get the client out of a jam, it sparked the biggest demand for any of their products ever. Only later did we come to understand why.

How the decisions you make aren’t always your own

We all like to think we’re in control of our decisions, choices and actions. But science says otherwise. Experts have identified over 130 cognitive biases – instinctive, predictable behaviours triggered by context, which seem to make little sense.

Given two pencils of clearly different lengths, you’d bet your life on which was longer, right? Except, it turns out you wouldn’t. In a roomful of strangers who all insist the shorter pencil is longer, odds are you’d go along with the crowd.

Why? Conformity bias. We’re hard-wired to follow suit. Because long ago our survival depended on it. And it’s this that’s at the root of every seemingly irrational response.

Cognitive bias has been part of the advertising industry’s armoury for over half a century. But how might you bring these subtle influencers into play in your catalogue marketing?

We explore examples of some of our favourites below. Which of these could you put to work in your next catalogue? And which do you think had a starring role in our cover story?

Catalogues by nature present a ton of information. You’re already using chunking and sequencing to break this information into manageable units, such as categories, product ranges and numbered lists. This makes it easier to process and navigate. But could you take things further?

Look at everything from pagination to order form – how could you fine-tune it? Are CTAs obvious and consistent throughout your catalogue’s pages? Are you using before and after images to tell a complex story at a glance? Is the flow of the content compelling? The easier information is to process, the more likely people are to act on it. 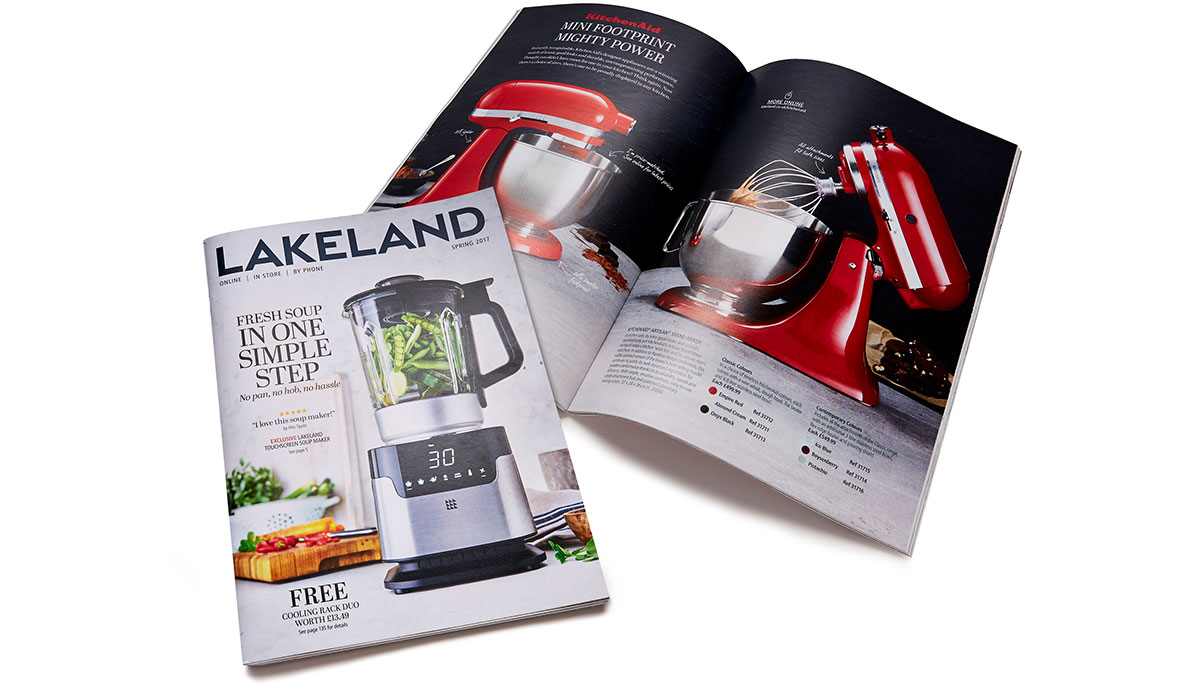 Social proof is everywhere, and for good reason. In our hunter-gatherer days, one tribe member’s experience could save the lives of many others. The value we place on other people’s opinions is ingrained, not something invented by Amazon, Facebook and TrustPilot.

Of course, customer reviews have long been part of catalogue furniture, but could you amp things up a bit? Maybe add an expert’s stamp of approval? Or professional endorsement? Media comment? Tap into the ‘wisdom of the crowd’ by citing customer numbers? Go big on inviting feedback and publish customer stories?

One of the most powerful expressions of social proof is the voice of authority. This tugs at our desire for certainty. The more we trust the source of recommendation or guidance, the more likely we are to follow it. Today, we see this most through celebrity as spokesperson, industry awards and social media influencers.

Turning to your catalogue design, who would be the ultimate ambassador for your brand? Better still, the ultimate ambassador for each product category or, in some cases, for a specific product? Lakeland looks to Mary Berry, Queen of Cakes, for its baking ranges. But you can also think outside the box. The key is to find someone who connects with your market with authenticity as well as authority. 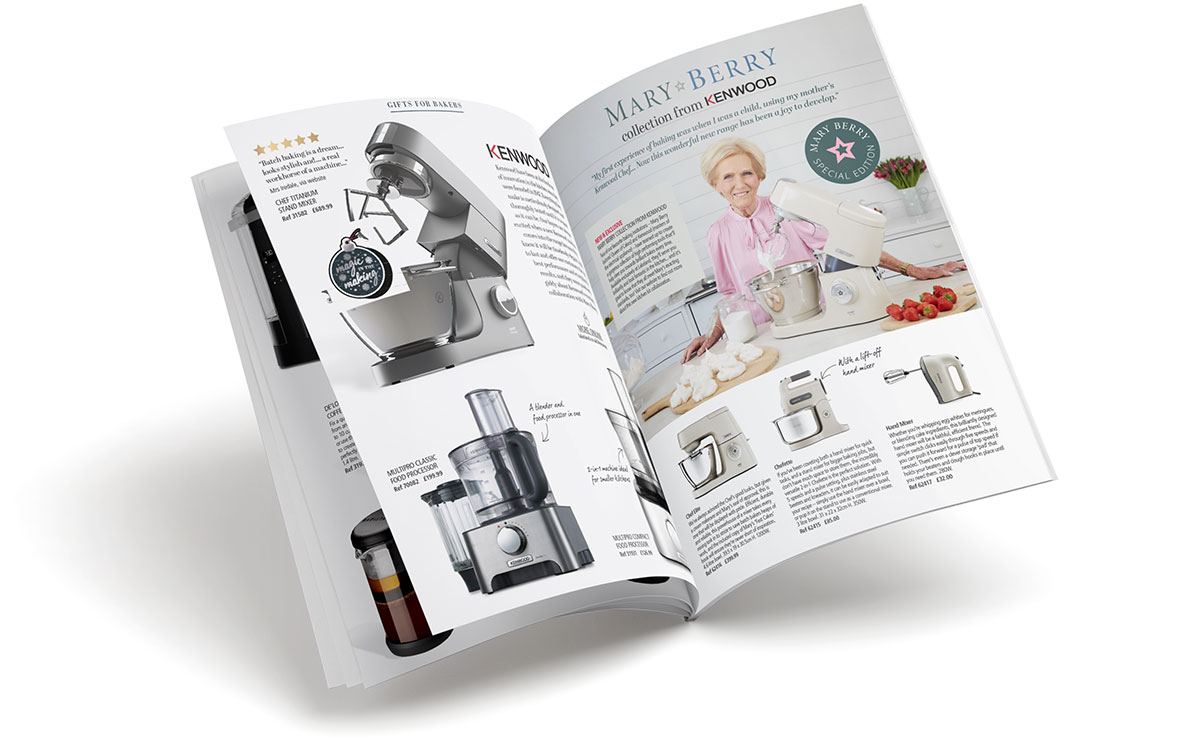 Another behaviour rooted in survival and our sense of belonging is the bandwagon effect. We want whatever our peers want. We follow the crowd because instinct tells us we’re more at risk if we don’t. In retail, this often shows up as best-seller, customer favourite or mile-long queues outside Apple Stores. Many of today’s digital platforms take it a step further with visitor counters.

The simplest way to put this to work in your catalogues is to give a product the star treatment. We touched on this in How to make your next catalogue irresistible. A bigger challenge comes when it’s a competitor’s bandwagon everyone is jumping on. Could you go head-to-head and create your own bandwagon of people who try your product instead and prefer it?

We’re built to favour simple stuff. See how much easier that sentence was to understand than saying we gravitate towards clear, uncluttered information and instruction? But it’s not just about understanding – we tend to believe things more when they take less effort to process. On the page and in the overall design of your catalogue, this means making sure layout, design and copy all work to create fluency, with minimum distraction and confusion.

Much of this may seem obvious, but beware of making assumptions. Test, review and test again. Even small tweaks can bring significantly better results.

Scarcity is another hotline to our inner caveperson. We see anything as more valuable if it’s in short supply or only available for a limited time. Today, our lives may not be at stake, but that innate FOMO is as compelling as ever.

How can you use this to full advantage in your catalogues? Obviously, you don’t want to plaster every page with sold out stickers, but how about creating a limited edition? Or promoting a product bundle at a special price for one month only? Or packaging a slow-moving line with a fast-moving line and offering a deal ‘while stocks last’?

Anchoring is one of retail’s star performers. People tend to rely too heavily on one piece of information to guide their judgement and decision-making. At its simplest, any item in a sale is seen as more desirable than the same product at the same discounted price all the time. But this is only half the story.

Pricing in three tiers leads customers to see the mid-priced option as better value than presenting a straight choice between the mid tier and the lower tier. Likewise, a premium-priced product is more likely to sell when placed alongside an even more premium-priced one. How might you review your pricing strategy to boost sales? 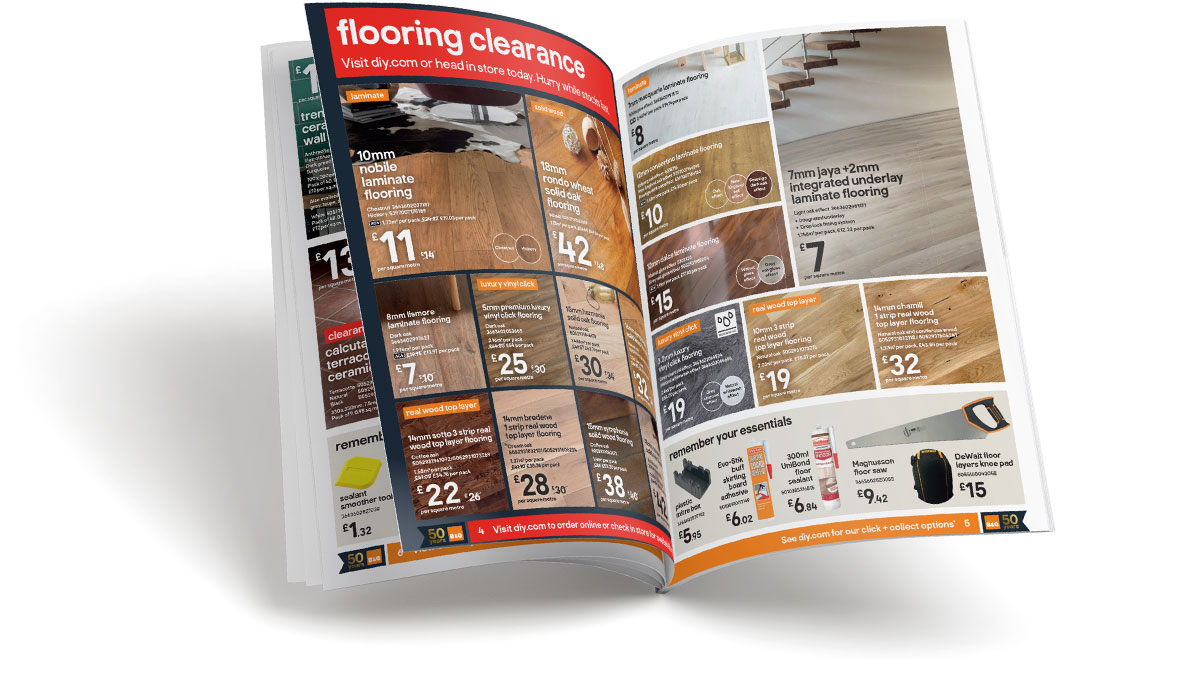 We’ve barely scratched the surface of how cognitive bias plays out in catalogue marketing, let alone in everything else from culture and politics to relationships and religion. I hope I’ve given you food for thought for your next catalogue planning meeting.

One last thing. Beware falling into the trap of thinking you’re less biased than anyone else. In tests, the more people believe they’re in control of their own thoughts and actions, the more prone they are not to learn from de-bias training. Yep, even blind spot bias is a thing.

Putting it into practice

Confession. We tapped into some neuroscience with our headline, Hidden persuaders of catalogue design, which taps into the personal validation effect. This suggests we’re likely to accept a piece of information as correct if it has significance to us.

Just for fun, we came up with five alternative headlines, each with its own built-in cognitive bias:

The incredible Von Restorff Effect and other weird stuff

AKA the isolation effect. (The quirky name gives this headline standout.) When we’re shown lots of similar things, we’re instinctively drawn to the oddity.

Conformity bias, often evident in social media as Fear Of Missing Out. We want the same experience other people like us are having.

Authority bias. We’re more likely to trust information if we believe it comes from a source of authority.

Hurry! This mind-bending article is online for only 24 hours

Scarcity bias. We tend to put a higher value or priority on things that are in limited supply.

Confirmation bias: We prefer ideas and views that are similar to our own.

Want to get more out of your next publication?

How to use TikTok for Marketing

What is Digital Acquisition?

Fancy a chat? We would love to hear from you